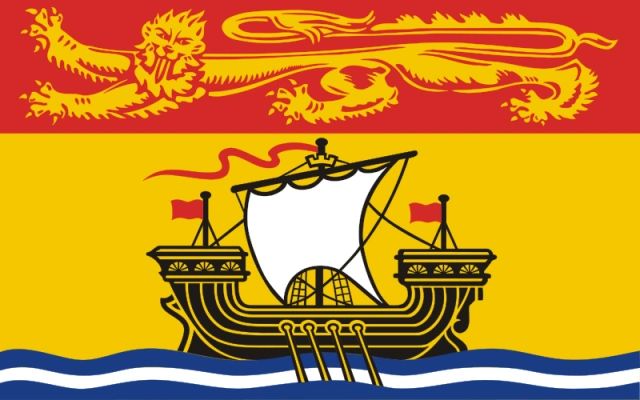 New Brunswick and the Battle of Britain

Watch the documentary on the Battle of Britain

NB and the Battle of Britain

New Brunswickers in the Battle of Britain

Between 88 and 112 Canadians flew in the Battle of Britain. The numbers aren’t clear because Canadian citizenship didn’t exist in 1940. It was possible for an airman to be born in the UK, immigrate to Canada, and return to the UK to join the Royal Air Force (RAF) prior to, or during, the Second World War. It was also fairly common for those living in Canada to join the RAF instead of the RCAF in the pre-war years as the RCAF was small and had limited space for prospective pilots.

New Brunswick is a small Canadian province. Even today it numbers only about 777,000 residents. In 1940, New Brunswick was home to just over 450,000. Seven of its young men managed to find their way from communities throughout the province to the contested skies above Britain. Read about these airmen below.

P/O Robert Roy Wilson was born in Moncton, NB on May 13, 1920. He joined the Royal Air Force (RAF) in 1938 and was posted to 111 Squadron on May 23, 1940. He helped provide air support during the evacuation of Dunkirk on June 2, 1940 (Operation Dynamo) and was credited with destroying a Messerschmitt Bf 109 and damaging another one. His Hawker Hurricane was damaged in the fighting and he was forced to bale out on his way back to base. Although his aircraft crashed off the coast, he managed to land safely in Britain.

On August 11, 1940, during the Battle of Britain, Wilson was engaged with more Bf 109s over the Thames Estuary. The Bf 109s were there to provide fighter escorts for Dornier 17s and Junkers 88s that had attacked a convoy in the Estuary and damaged several ships. He failed to return to base and was listed as 'missing in action'. It is believed that his Hurricane P3595 was shot down and crashed in the sea.

P/O Wilson is commemorated on Panel 10 of the Runnymede Memorial.

F/O Alexander Albert Gray Trueman was born in Sackville, NB in 1914 and joined the RAF on a short service commission in March 1938. After completing his training at 6 Flying Training School (FTS) Netheravon he served in Bomber Command as a pilot. Trueman volunteered to serve in Fighter Command and arrived at 6 Operational Training Unit (OTU) Sutton Bridge on June 24, 1940 to convert to Hawker Hurricanes. He was posted to 253 Squadron at Turnhouse (Edinburgh, Scotland) on the 20th of July.

He damaged a Bf 109 on September 2, 1940 and was promoted to Flying Officer the next day. F/O Trueman was shot down and killed in combat over Kenley on September 4, 1940. His Hurricane, V6638, crashed in Tudor Close, Banstead. He was 26, and is buried in St. Luke's churchyard, Whyteleafe, Surrey,Row E, Grave 37.

F/O George Fellows McAvity was born on August 11, 1911 at Westmount, Quebec but lived in Saint John, NB prior to enlisting in August 1939. McAvity flew Hawker Hurricanes with 3 Squadron RAF during the Battle of Britain. He was in Hurricane P3260 taking part in an Anti-Aircraft exercise in the North of Scotland on October 19, 1940. While attempting a slow roll, he lost control and crashed. McAvity was the last Canadian to die during the battle at the age of 29. He is buried in Olrig New Cemetery, Caithness, Scotland - Section A, Grave 109.

P/O Kirkpatrick MacLure Sclanders was born in Saskatoon, SK in 1916 but was brought up in Saint John, NB. Aviation was in his blood and he first soloed at the Saint John Flying Club when he was only 15. He had joined the RAF in 1935 but was released after failing a medical exam due to a stomach illness.

Sclanders eventually returned to Canada and was not accepted by the RCAF in 1939 after war broke out so he went back to Europe. He attempted to join the French Air Force and was in Paris when France came under attack. He made his way to England where he was finally accepted back into the RAF. He eventually joined 242 (Canadian) Squadron RAF in late August as the battle was raging.

On September 9, 1940 he was killed in combat with German Dornier Do 17s and Messerschmitt Bf 110s. P/O Sclanders is buried in St. Luke’s Churchyard, Whyteleafe, Surrey, UK.

**Click on the photo to read more about P/O Sclanders

F/O Thomas Patrick Harnett was from Moncton, NB. He flew Bristol Blenheim night fighters with 219 Squadron RAF during the Battle of Britain. He survived the battle and trained flyers in Canada as part of the British Commonwealth Air Training Plan.

He eventually rose to command No. 435 Squadron RCAF flying Douglas Dakota transports, supplying the British Fourteenth Army in Burma. He was awarded a Distinguished Flying Cross in October 1945 for his leadership. Thomas Harnett left the RCAF shortly after the war ended at the rank of Wing Commander.

P/O Duncan Alexander Hewitt was born in Toronto but his family was from Saint John, NB. Hewitt learned to fly at the former Millidgeville Airport in Saint John during the 1930s. He went to England where he enlisted in the Royal Air Force Volunteer Reserve in January 1938. He was serving with 501 Squadron in France in May of 1940 and stayed with the Squadron after it moved back to England.

On July 12, 1940 during a Luftwaffe attack on the Royal Navy Dockyard at Portland Harbour, P/O Hewitt, flying Hurricane P3084, attacked a Dornier Do-17 bomber. Hewitt’s aircraft was reported to have crashed into the sea and he was listed as 'Missing in Action'. Hewitt was the first Canadian to die in the Battle of Britain. He is remembered on Panel 8  of the Runnymede Memorial in England.

F/L Harry Raymond Hamilton was born on May 15, 1917 in Oak Point, King’s County, NB. He travelled to the UK and enlisted in the RAF in 1936. He was eventually posted to 85 Squadron RAF and was a Flight Commander during the Battle of Britain.

Flying a Hawker Hurricane, Hamilton shot down a Messerschmitt Bf 110 twin-engine fighter on August 18, 1940. On August 29, he destroyed a Bf 109 that was attacking his CO, Squadron Leader Peter Townsend. In another encounter with Bf 109s later that day, Hamilton was attacked by Luftwaffe Oberleutnant Martin Rysavy but this time it was his Hurricane that went down in flames.

Harry Hamilton lies interred at Hawkinge Cemetery in Kent, UK and his name is inscribed on the Battle of Britain memorial in London, England.

**Click on the photo to read more about F/L Hamilton

F/O John Stewart Hart of Sackville, NB was born on September 11, 1916. He joined the RAF in January 1939 on a short service commission. During the Battle of Britain in September 1940, he flew Supermarine Spitfires with both 54 and 602 Squadrons RAF. On October 12, Hart’s Spitfire was seriously damaged during an engagement with Messerschmitt Bf 109s in fighting over the English Channel, but he was able to return safely. During the afternoon he was again on patrol when his formation of three aircraft attacked a Junkers 88 south of Beachy Head. Their combined attacks resulted in the German bomber crashing into the sea. After a few days of reduced activity, the Luftwaffe mounted a large-scale operation at midday on October, 29. Five Spitfire and four Hurricane squadrons were scrambled. In the ensuing battle over Kent, 11 enemy fighters were shot down, one of them by Hart. This proved to be the last major action of the Battle of Britain.

Hart was later promoted to Squadron Leader and he went on to command 67 Squadron RAF in Burma from May to July, 1943 and then 112 Squadron RAF in Italy from April to August, 1945. S/L Hart was awarded the Distinguished Flying Cross in June 1945 and he left the RAF in 1946.

**Click on the photo to read more about S/L Hart

Tribute Speech to "The Few"

British Prime Minister Winston Churchill pays tribute to the "Few" in his famous speech from 1940.